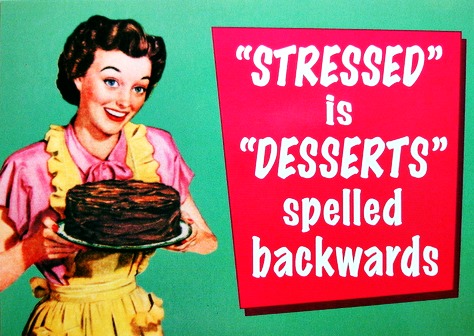 Virtual Assistant case study number two. This was a very big job with lots of components linked to other aspects of the client’s business. Although what I did made my client more money, the main benefit for her was simply that she could finally take a day off and enjoy her life.

The client was a lady who held macaroon, baking, and tea-tasting classes in London as well as hosting residential baking weekends in the Cotswolds. She had 12 people in each class and would often hold up to three classes a day. She was a victim of her own success and couldn’t remember the last time she’d had a day off.

1) She had been running Keynoir and Time Out offers, had been inundated with replies and was exhausted. She was so busy running the classes she had no time to set up any type of system, let alone write a blog post, properly reply to emails, or record and use attendee email addresses. She looked knackered but was completely wired and could barely focus on anything except the next class. How she even found the time to call me was a feat in itself!

2) She had (it turned out) nearly 1000 email addresses saved in her Mac but mostly in a guest book from each class. She wanted to enter these email addresses into a database and record which class they’d attended or made an inquiry about, so she could create a mailing list.

3) She’d been writing the class attendee names on lined index cards in pencil then rubbing the names out and moving them if they wanted to change their date. She had a card for each class and stacks of cards all over the place. Let’s just say it wasn’t working very well as a system…

How I solved her problem

1) I rewrote her online terms and conditions so attendees could clearly see the cut-off date for cancelling or moving classes once they had booked.

2) I created a Google doc with a template for each class. The template had columns for the attendee’s name, mobile number, and email address. It also recorded which offer they were using, whether she had redeemed their voucher, whether they’d been sent directions before the class, and if they’d had a follow-up email after the class.

There was a tab for each month, and the template was simply copied and pasted down the page. She could then move the class attendees around if they wanted to switch dates, and could see if all the admin for each person had been actioned.

3) I set her up with a Gmail account and imported contacts and emails from her Mac. I then manually entered the hundreds of email addresses that were in the guest book and grouped every contact accordingly. Using Rapportive for Gmail (now defunct), I connected her with each contact via LinkedIn and Facebook as I went along.

I then went through hundreds of emails to see if they were in her address book. If they weren’t then I added them to her contacts and again linked to them on Social Media with Rapportive (you can connect with people without leaving your inbox). I also added and grouped her suppliers and showed her how to do this as each email comes in.

4) I created a friendly post-event email template and set it up as a Gmail ‘Canned Response’. It thanked them for attending the class and made them aware of her Blog and Facebook Page. I attached a PDF of the recipe they’d made in the class and asked them to email back any photos of their first home-made attempts.

5) I consolidated her 3 blogs, tidied them up, changed the labels and categories, added a Facebook Widget, and started to add the photos and stories the attendees had begun to email back.

How what I did helped my client and made her money

1) She now had a simple online system and could see at a glance who was attending what class, what stage they were in the booking process, and whether they’d received the correct information. This cut down on the time she spent checking everything. The number of people cancelling or moving dates was also drastically reduced which again saved her time.

2) She could import all her (nearly 1000 remember) contacts into a Newsletter provider like MailChimp. They would then receive an informative and fun quarterly newsletter full of relevant seasonal recipes, links to her Facebook Page and Blog, and advice on baking.

3) Using the newsletter and her Social Media platforms, she could tell contacts about the residential course, gift vouchers, and other classes they might be interested in. Having this huge ever-growing list of quality contacts meant she had the opportunity to keep on selling to them. They had already attended a class or had expressed an interest so they were prime leads. Google also loves and rewards Social Proof.

4) By seeing photos of happy class attendees and reading stories of their own baking attempts on her blog, potential customers could see how she involved students in her business. Each story was, in essence, a testimonial from a delighted customer – they also weren’t using valuable space on her website’s storage!

5) I saved her sanity which was priceless. She had been so stressed and tired she couldn’t even begin to work out where to start. Now that her admin systems were almost running themselves, she could focus on the bigger picture and think about the future.

PS: I’ll be keeping all my client’s details confidential as some of them aren’t comfortable with their own clients knowing they use a little help now and then!

This site uses Akismet to reduce spam. Learn how your comment data is processed.